Our vertical axis wind turbine utilizes our proprietary XYO Technology, which substantially improves balancing issues that are common in wind turbines today. The WindSilo design is engineered to allow for much faster spin speeds and greater energy output. 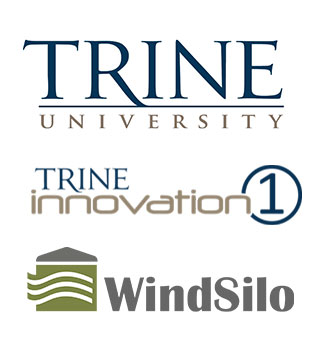 Trine University, a strategic partner of Perpetual Industries, has been awarded a grant to develop the WindSilo

Through the IEDC’s Innovation Voucher program, Trine University’s ‘Innovation1’ department was awarded a grant to assist Perpetual Industries in the development of its proprietary vertical axis wind turbine, "The WindSilo".
Read more

Wind is a clean, green non-polluting source of energy which offers a sustainable option for renewable energy.

2019 saw global new wind power installations surpassing 60 GW, a 19 per cent growth compared to 2018, and bringing total installed capacity to 650 GW, a growth of 10 per cent compared to last year.

Wind energy has gone from a niche to a mainstream energy source in recent decades. For example, wind energy:

Wind energy has expanded by leaps and bounds in the last 20 years. It began the century as a niche energy source in Europe and the US, and ended 2019 as a mainstream source of clean, cost-competitive energy around the world. In 2019, the global wind energy market reached a new milestone of 651 GW cumulative installed capacity, with strong continued growth foreseen across Asia, the Americas and Europe.

Wind power will play a leading role in achieving a low-carbon or – in many markets – net-zero future, one which requires a completely carbon-free energy sector and deep cuts in emissions in all other areas of the economy.
SOURCE - Global Wind Energy Council “GWEC” Global Wind Report 2019

A vertical-axis wind turbines (VAWT) is a type of wind turbine where the main rotor shaft is set transverse to the wind (but not necessarily vertically) while the main components are located at the base of the turbine. This arrangement allows the generator and gearbox to be located close to the ground, facilitating service and repair.VAWTs do not need to be pointed into the wind, which removes the need for wind-sensing and orientation mechanisms.